During these last months, some titles have been added to the list of Gob-based games: Adi2, Adi4 (Addy4 in Deutsch), Adibou 2 and Playtoons games were identified as using the same engine, with various modifications of course. Documentation on the Adi educational games can be found in this wiki page.

Let’s focus on the Playtoons games! They can be separate in three categories:

– Playtoons (5 titles) contain an interactive story, an intro of some other stories available and  a construction kit. A bundle exists : it contains Playtoons 1, 3 and 5.

– Bambou is… Bambou! 🙂 It’s some kind of Limited Edition of Playtoons developed by a subsidiary of Coktel (CUC Software International) and as far as I know only released in French (nevertheless we are still searching for localized versions). It contain no construction kit.

So far, the interactive stories are fully playable (when available), with some non-blocking issues (imperfect animated icons behavior, incorrect video behavior when skipped, text not showing in some part of the Playtoons titles), and Bambou is the less imperfect of all those titles.

Hereafter are some screenshots from ScummVM. Hopefully the story modes will be fixed soon, … the construction kit will be “a bit“ harder/longer. Adi 2 too, by the way 😉 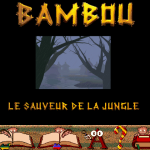 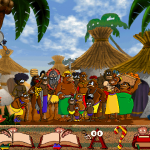 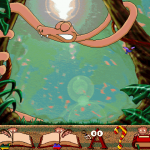 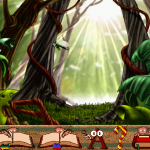 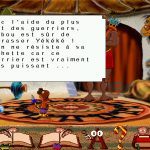 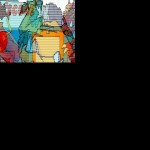 If you want some other Playtoons screenshoots, just ask: DrMcCoy and I already bought all the French titles, 3 Deutsch titles and 2 English ones. Spanish and italian titles exist too but are either not for sell or far too expensive.

To give some other (old) news, Fascination plays now until the first screen, which is more or less playable but not achievable due to the missing implementation of the unique window system used. So it’s not hopeless, even if there was no progress during this last 2 months.

One last word concerning  Myst/Riven in general and clone2727 in particular: clone2727 thinks that nobody (except me) is interested in his splendid in-game videos. Show him he’s wrong! Show him you care and add a video request here!